“The LabEcon 600’s uniform temperature distribution and parallelism were decisive”

Salomon has grown into a world leader in outdoor sports equipment since the company was founded in 1947. The brand is best known for its high-quality materials for mountain sports such as downhill and cross-country skiing, snowboarding, hiking and trail running. Based in Annecy, in the heart of the French Alps, Salomon is active today in more than 40 countries.

At the end of 2018, Salomon made the decision to purchase a new platen press for its R&D department. The press is used to test new materials to be applied in products such as skis and helmets. This includes the following testing:

The press is used for test programmes on new concepts with thermoplastic reinforcements and polypropylene fibers, such as for ski helmets.

Previously, Salomon had been using another brand of platen press but, because this was no longer adequate, it was decided to buy a new one. Consequently, tenders were invited, with Fontijne Presses’ LabEcon 600 emerging as the strongest candidate.

Alain Grenetier, Ski Material Manager at Salomon explains why they chose the LabEcon 600: “From a technical point of view, we found the precise, uniform temperature distribution and the parallelism of the heating platens to be decisive. We were also excited about the possibility of adding all kinds of options. For example, we opted for a system that allows the press plates to heat up faster — up to 20 °C per minute. This way, we lose less time preparing samples. The LabEcon 600 is also good value for money, and the quick delivery was a plus.”

“In practice, the LabEcon 600 ensures that samples are treated very consistently. For example, we often use it to press 300 x 300 mm, 2.5 mm thick, composite plates with a tolerance of 0.1 mm over the entire surface. Furthermore, the temperature of the LabEcon 600 stays constant at 135 °C over the entire sample, with a deviation of no more than 1 °C.”

“The result of all this is that we can reliably use samples for further testing, and we’re no longer plagued by samples being rejected. We used to lose a lot of time because of this. And samples are often very expensive, because they’re prototypes.”

“If we wanted a new platen press tomorrow to prepare samples, it would definitely be from Fontijne Presses.”

“France Scientifique, Fontijne Presses’ French distributor, has trained our people so that we can take advantage of the full capabilities of the LabEcon 600,” explains Alain Grenetier.

“We’ve gone for two user levels: one using the press with pre-programmed recipes and the other where recipes can be (re)programmed. In any case, we’re happy with the ease of use of the LabEcon 600: the user interface is logical and well-thought-out.”

“We’re also pleasantly surprised by the LabEcon 600’s low energy consumption. Since Salomon is always looking to manufacture its products in an environmentally friendly way, the LabEcon 600 is in line with our values.”

“The LabEcon 600 is also remarkably compact, so you can easily find a place for it in the lab. And finally, the press turns out to be much quieter compared to other platen presses. The hydraulic system works very efficiently, which means that the engine hardly needs to be running at all to keep the set closing force. This not only ensures quiet operation, but also helps to explain the low energy consumption.” 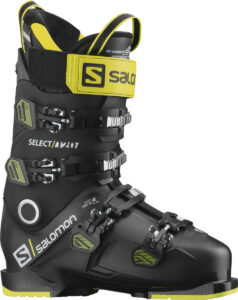 “Our contacts with France Scientifique are excellent but, with the best will in the world, I can’t say anything about the after sales service. And that’s a good thing, because up to now we haven’t needed any after sales service at all. For two years now, the press has been running here for five hours a day without the slightest problem.”

Contact us at info@fontijnepresses.com if you would like more information about the LabEcon series or about the other Fontijne Presses platen presses.

This website uses cookies to improve your experience while you navigate through the website. Out of these, the cookies that are categorized as necessary are stored on your browser as they are essential for the working of basic functionalities of the website. We also use third-party cookies that help us analyze and understand how you use this website. These cookies will be stored in your browser only with your consent. You also have the option to opt-out of these cookies. But opting out of some of these cookies may affect your browsing experience.
SAVE & ACCEPT